What is Driving Risk ?

Go to Global presentation of applications for motor INSURANCE

Driving risk is the risk taken by the driver at every moment during driving task.
Driver maybe a human being or the artificial intelligence (autonomous driving)

RELATIONSHIP BETWEEN DRIVING RISK AND ACCIDENT : THE “S” CURVE THEORY

Let’s say in a manufacture there is a very dangerous machine that may grind up your hand. If you are 10 km away from the machine, risk is “very” low. If you are 1 km away from the machine, risk is the same. If you are 10 m away from the machine … risk is still very low … but if you come closer (let’s say 10 cm), suddenly risk becomes high ! This is not linear. In road safety, the Artificial Intelligence algorithm SafetyNex estimates 20 times per second the driving risk you take, and many people ask about relationship between “risk you take” and “accident”. This relationship is not deterministic (probabilities must be used) : risk is not linked directly to accident but rather to accident frequency (or probability) … and the relationship is a non linear curve called a “S” curve as shown on the figure below. It is possible then to use it to alert human driver (Vocal Driving Assistants) or to control autonomous driving (Autonomous Vehicle) in order to keep risk under the threshold of the “S” curve or not too far after the threshold. SafetyNex was calibrated in order to have 95% of accident frequency just after the threshold (validated on 50 million km).

A regular good driver will generate a SafetyNex driving risk(t), 20 times per second, between 0% and 70% with a maximum likehood between 30% and 60% depending on driver’s self confidence.
SafetyNex alerts at 90% and takes into account mostly [80%-100%] of driving risk slot to compute Safe Driving Score at the end of a trip, according to the S curve theory. 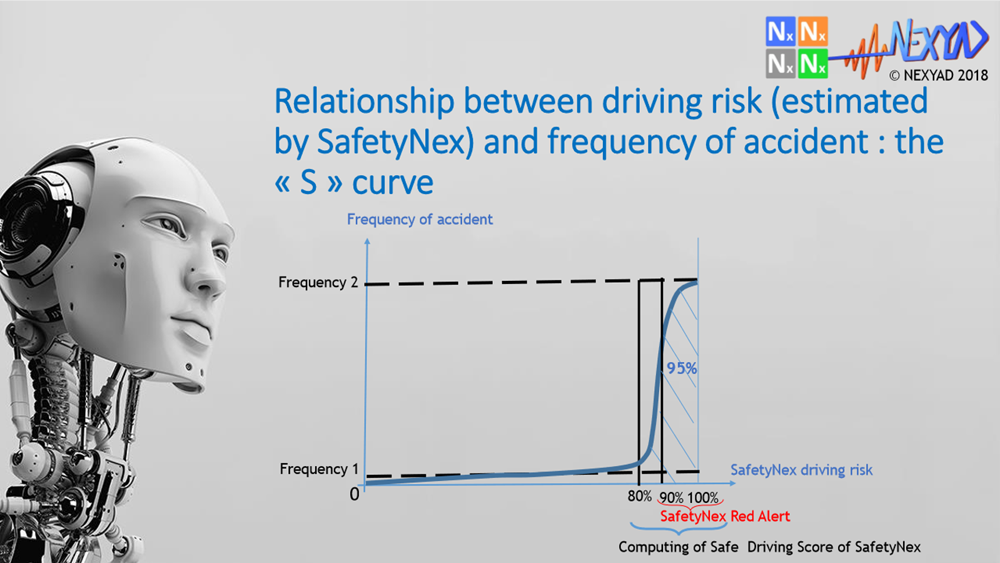 INSA Rouen Normandie has created, in collaboration with the group ADAS (Advanced Driver Assistance Systems) and the competitiveness cluster Mov’eo, a pedagogical chair of excellence “Autonomous & Connected Vehicle”. This type of chair is a Lire la suite… 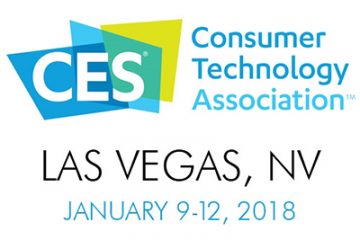 Come to meet Nexyad at CES 2018 in Las Vegas

Nexyad invite you to visit us at the Leddar Ecosystem Pavillion at East LVCC – Central Plaza (booth CP-23) If you want to reserve a meeting slot, please contact us at nexyadCES2018@nexyad.net

We use cookies to understand how you use our site and to improve your experience. By continuing to use our site, you accept our use of cookies.Accept Read More
Privacy & Cookies Policy
Nécessaire Toujours activé